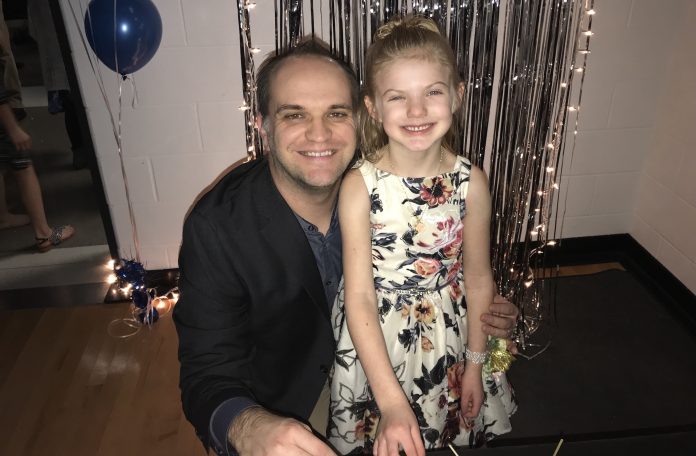 Do you believe God can restore our bad days? I do, and here’s my story why.

On March 15, 2011 I took my wife and son to a Blue Jackets game. Steph, who was 36 weeks pregnant, wasn’t feeling well, but it was the final game of our ticket pack. We invested in awesome lower bowl seats and didn’t want to miss it! As the evening wore on, we decided to go to the hospital — after the game, of course!

We stayed through both overtime and a shootout, and then drove all the way back to Lima and straight to the hospital. We had our daughter about 4 hours later! What an unexpected, amazing day: we went to the game a family of three and would come home a family of four!

Except the day didn’t go as planned. Camryn almost immediately developed a life-threatening lung issue, was put into a medically induced coma, and by the end of the day life-flighted to Nationwide Children’s Hospital. Our wonderful day was shattered as I left Steph behind in Lima so I could go be with our incredibly sick daughter.

Getting through our bad days

I spent much of Cam’s first day of life running back and forth between the NICU and Steph’s room. There was an intense moment where, after leaving the NICU, I slumped to the floor against the wall in tears, wondering how everything fell apart. I was angry because the medication Steph was on was found in Camryn’s system even though it wasn’t supposed to cross the placenta. 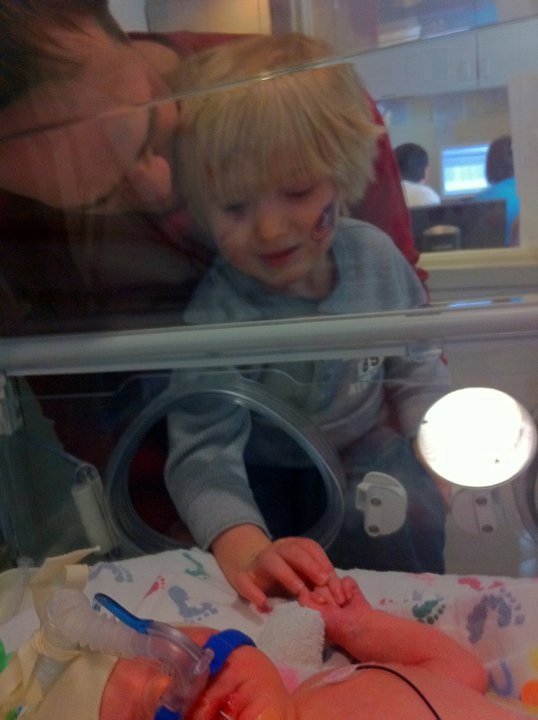 Later, the decision was made to fly her to Columbus: the life-saving equipment was there and couldn’t be brought up to Lima. The NICU doctors graciously allowed my son in so he could hold his sister’s hand, his very first time seeing his precious “Cramryn” as he called her.

Once we all said our goodbyes, I waited in the NICU for her to be flown out. Then my world came crashing down. After waiting for what felt like forever, I asked what was taking so long. One of the techs came over and broke the news. I don’t remember his exact words, but they were basically this: Camryn was too sick to stay in Lima but too critical to fly. They did not know if she would survive.

When I walked back into Steph’s room to deliver the news, the look of horror on her face was indescribable. I was supposed to be already gone, not walking back in with a blank expression on my face.

Eventually, it was decided they had to take the risk to fly her. When we arrived in Columbus, they told me the best case scenario would be 14 days in the NICU. Even more disheartening was Cam was only one step away from “there’s nothing we can do.”

Steph made it to Columbus a few days later and we are both eternally grateful for the hospitality shown to us by the Ronald McDonald House and hospital staff. Day in and day out we would spend our time over in the NICU. When it came time for us to leave, Steph and I spent each evening bonding over milk and cookies provided by volunteers at the Ronald McDonald House.

Our marriage was strengthened through this. Camryn’s situation brought us closer than ever before. It gave us time to reconnect. It forced us to slow down.

God used a series of bad days to solidify our relationship.

One of the hardest parts for us was leaving Connor behind. Thankfully, both sets of grandparents were able to keep him. One amazing day, they brought him down for us to spend an entire afternoon with him while they got to know their granddaughter.

Just weeks before, a handful of Blue Jackets players’ wives had finished transforming the basement of the Ronald McDonald House into an amazing “family cave.” Entirely Blue Jackets themed, and with my son’s love of all things hockey, we spent a lot of time down there.

God used a series of bad days to create special memories with our son. 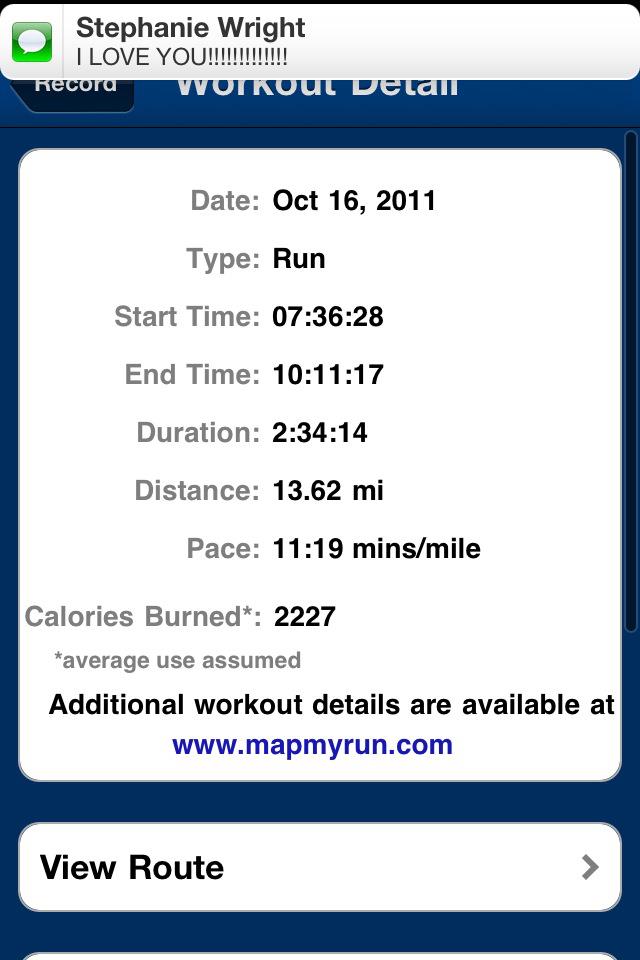 Before Steph made it down, I had no one to talk to. Cell phones weren’t allowed to be turned on in the NICU, and all I had was my first generation iPad (before they had cameras). My only contact with the outside world was typing on it via Skype.

One of the nurses asked me about my hobbies, and I mentioned my love of running. She told me about the Columbus Half Marathon and its advantages for the first time distance runner. I always wanted to run a half, but didn’t think I had it in me.

I used my hours of downtime to learn more about the race. 7 months later, I completed my first half marathon in 2:34:14.

God used a series of bad days to push me harder.

We saw our beautiful daughter improve more and more each day. By Camryn’s sixth day in the hospital, something big happened.

They removed the ventilator. She was able to breathe on her own finally.

Even better, for the first time ever, Steph got to hold her precious baby girl. 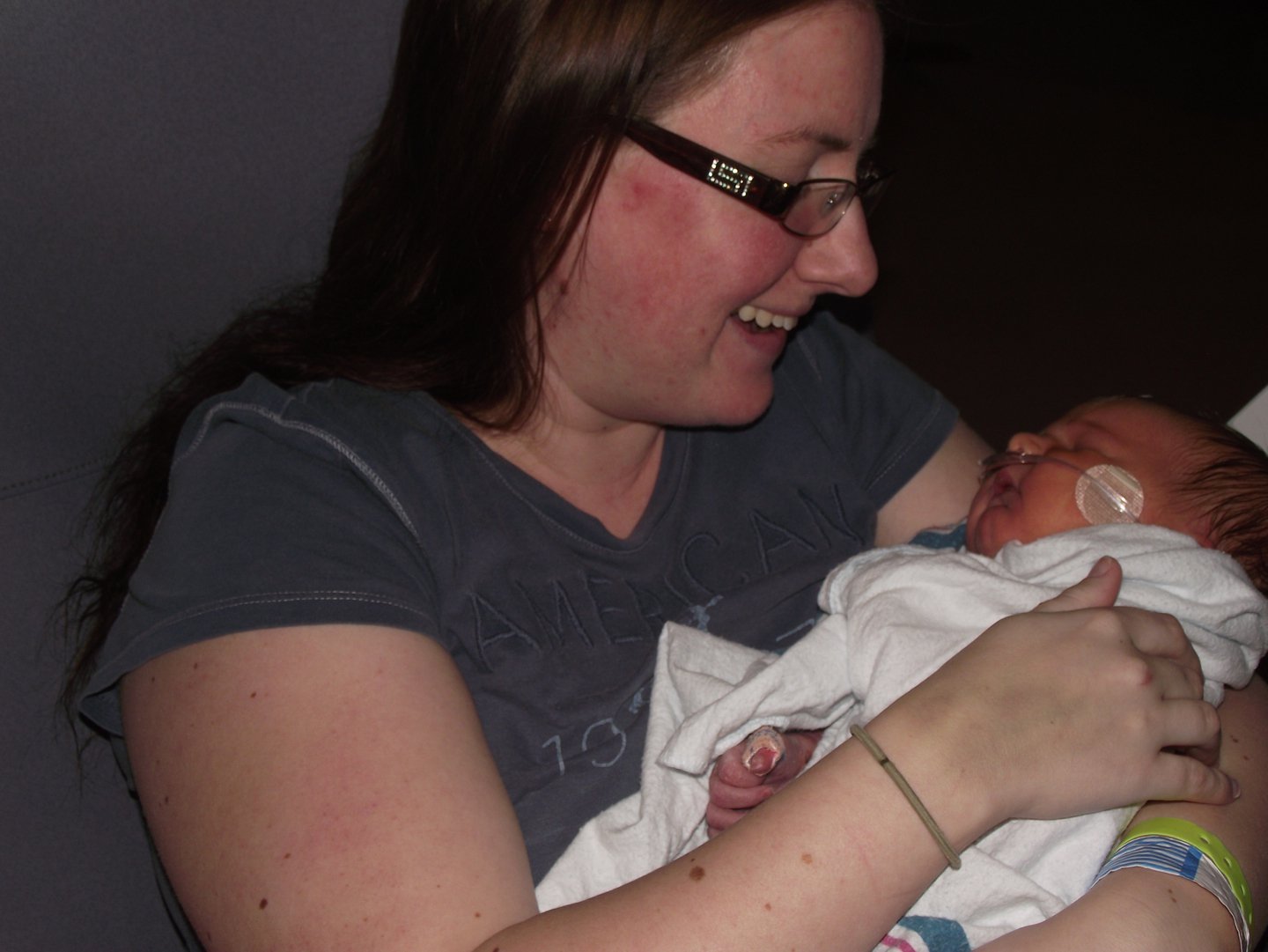 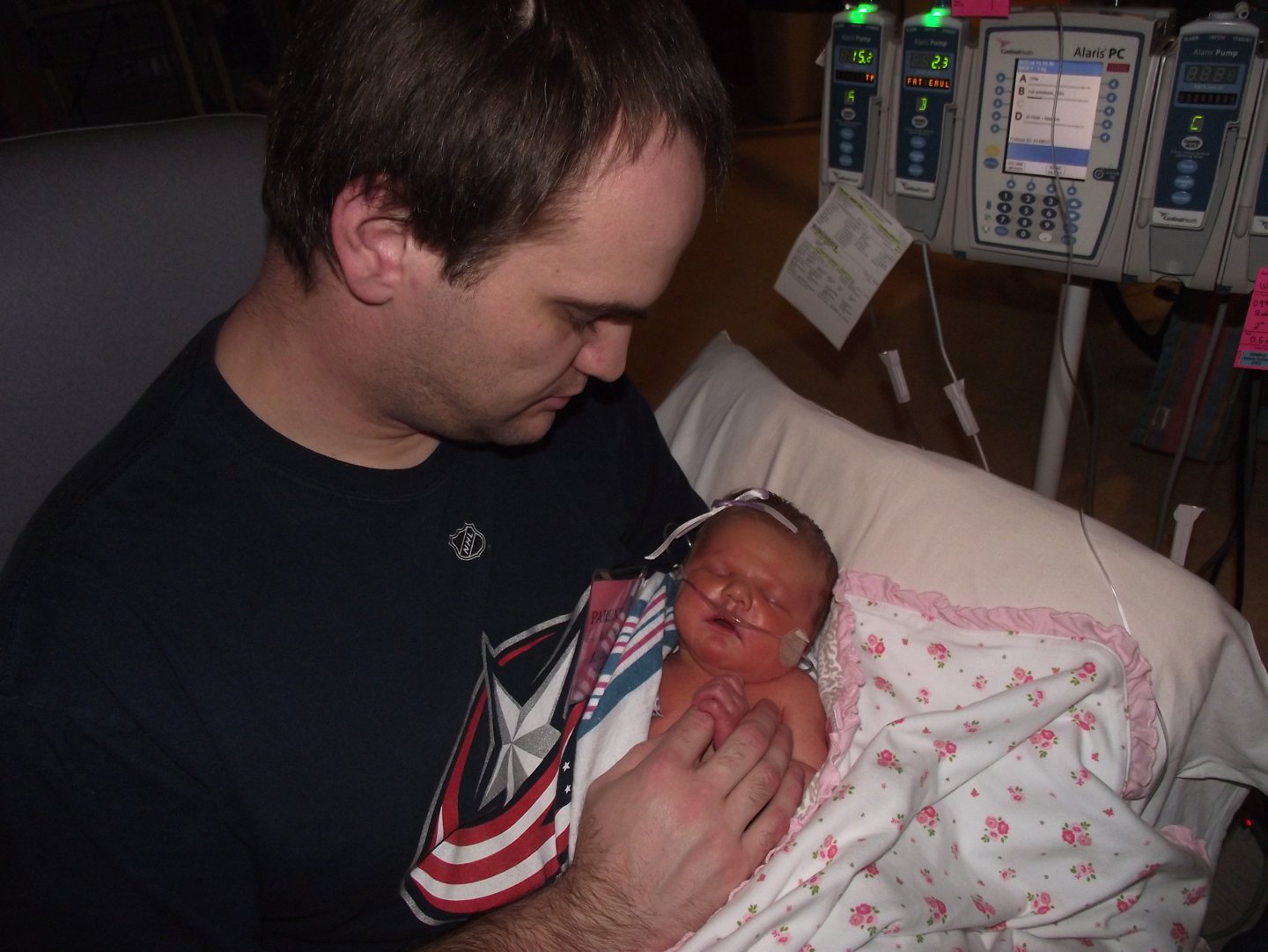 The nature of Steph’s medication meant she was put to sleep for the delivery. By the time Steph was awake, Camryn was already on life support. She only got to touch her a few times before the flight to Columbus. Until March 21, all we could do was touch her arms and her face. She squeezed my finger constantly, even while in her coma.

But an amazing thing emerged: to this day, Cam values touch. Holding our hand, snuggling on the couch on a cold morning: it’s central to who she is, and I believe it stems from her time in the NICU.

God used a series of bad days to teach us about the importance of human contact. 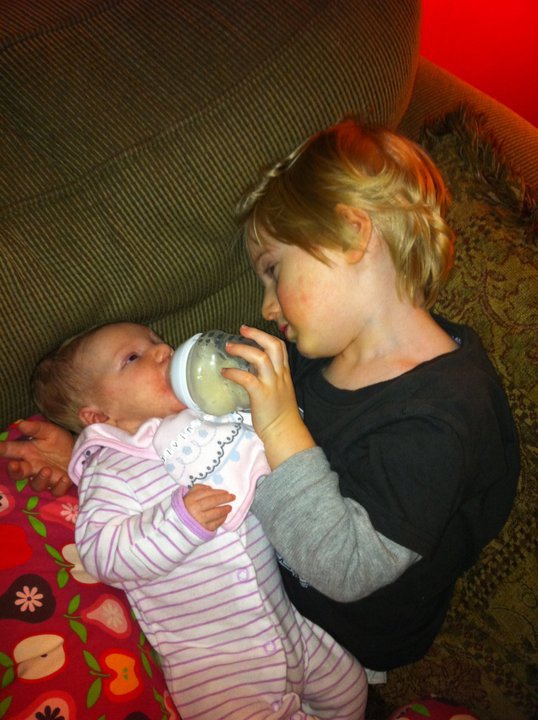 Nationwide’s prognosis of Cam’s condition was she would spend 14 days minimum in the NICU.

On the 11th day, we were on our way back home with a beautiful, healthy baby girl in the back seat.

Through the power of prayer, Camryn recovered faster than anyone thought possible. She plummeted, and then recovered at an exponential rate.

When my parents brought Connor home that day, our family was complete. We have Connor’s first moment with his sister recorded, and I can still hear his little voice, the excitement, the love for his sister. They’re best friends, even when they’re worst enemies.

God used a series of bad days to create an inseparable sibling bond.

Coda: It’s not over

Our stories are how we encourage others. I recently preached a sermon where I shared Camryn’s birth story with the congregation as an example of God’s power. My underlying idea was that if He can heal her, He can heal you too.

Camryn could have had a plethora of lasting side effects, including learning disabilities, breathing issues, hearing problems, and more. She’s healthy, does well in school, and is living proof God can heal.

He left no stone unturned when it came to restoring Cam, but did leave us a subtle sign of where she came from: her voice is “raspier” than normal, something attributed to having the tubes down her throat for so long. It stands as a memorial to what God did back then, and what He wants to do again today for you.

God continues to use a series of bad days to bring encouragement to others.

Can God restore our bad days? 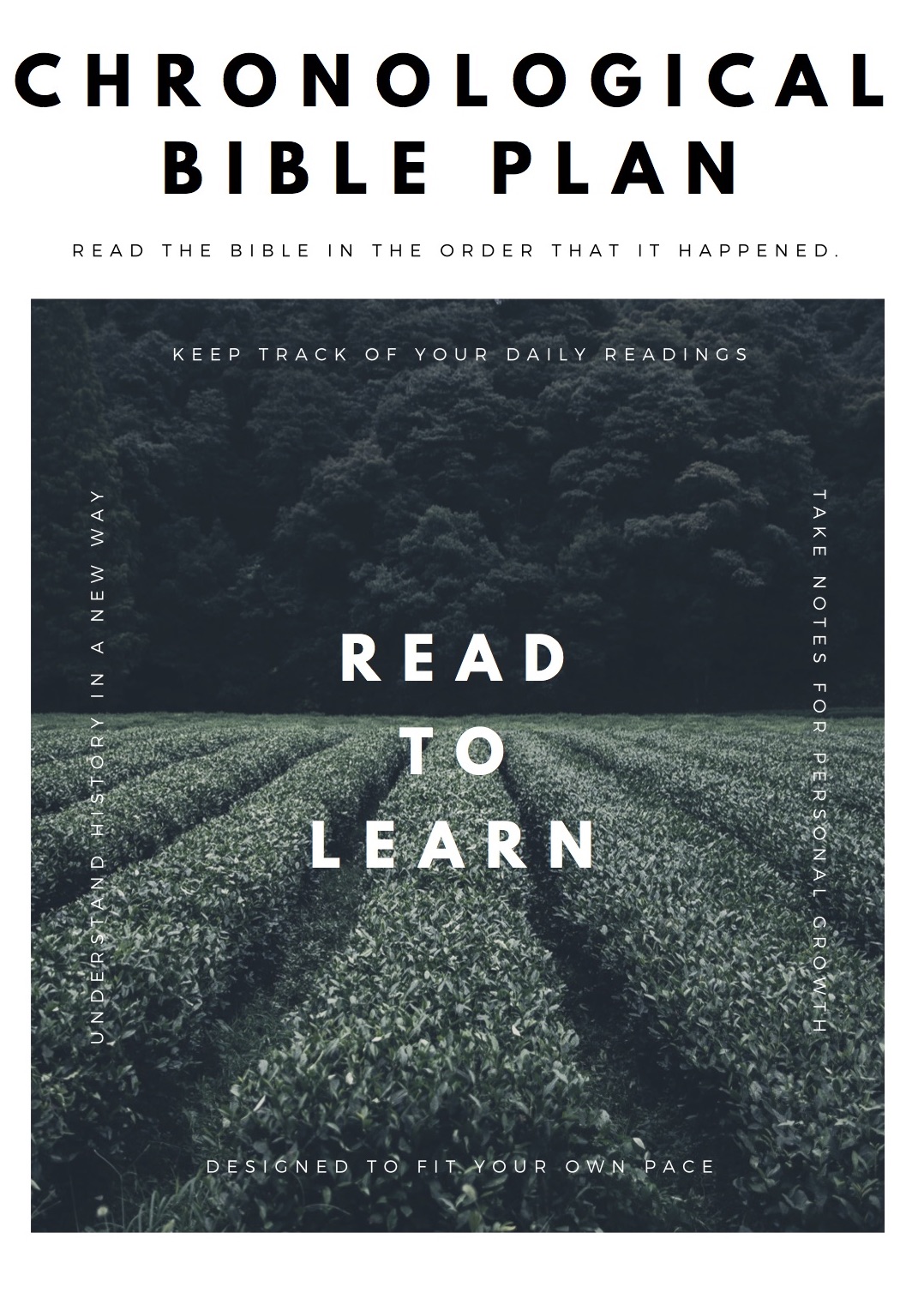 12 ways your phone is changing you