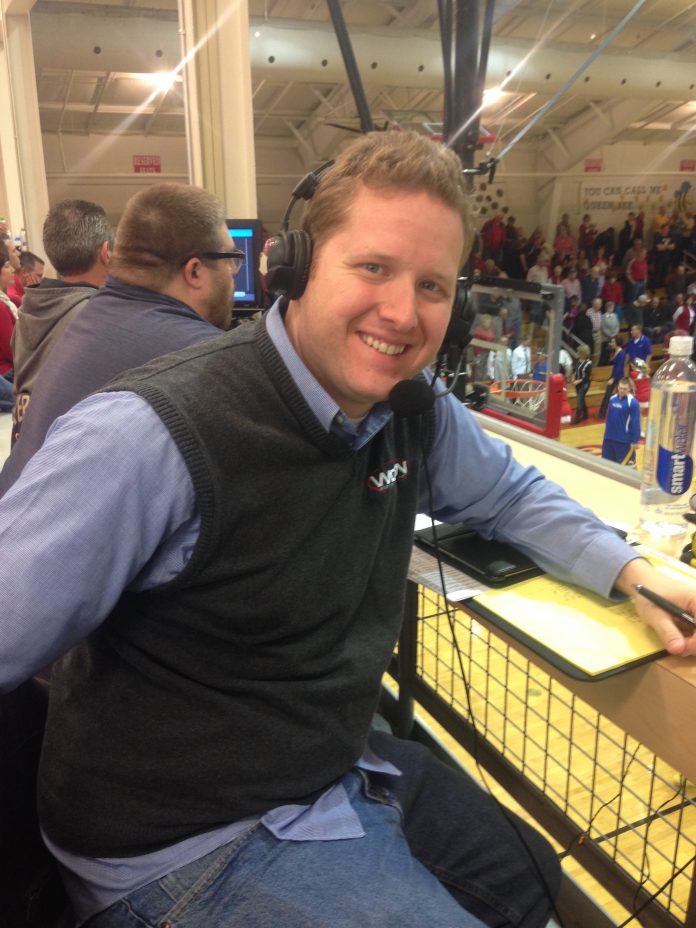 Patrick Kamler has spent over 20 years in broadcasting and communication. Originally from Chicago, Patrick lived in Mississippi, Virginia, and Guantanamo Bay, Cuba, before settling in Ohio in 1991. He moved to Lima in 2004 and rejoined WTLW in 2009. Prior to Lima, Patrick worked at WJER radio in Dover, Ohio, where he was part of a team that was recognized as Outstanding Sports Operation in the state three times in five years.

After a nine-year stint as a play-by-play announcer, Patrick has come to the desk as Executive Producer and co-anchor of Sports Report. You can also see Patrick contributing to other TV-44 and WOSN programs. In addition to his television work, Patrick is a licensed pastor and preaches on a weekly basis, a fact his congregation at Westminster Christian Church is occasionally grateful for.

Patrick lives in Lima with his wife of six years, Megan. His hobbies involve working out, reading, gaming and photography. He has never once turned down gift cards from Chipotle, Chick-Fil-A or Best Buy. His favorite scripture is Joshua 1:9 – Have I not commanded you? Be strong and courageous, do not be afraid, do not be discouraged, for the LORD your God is with you wherever you go.