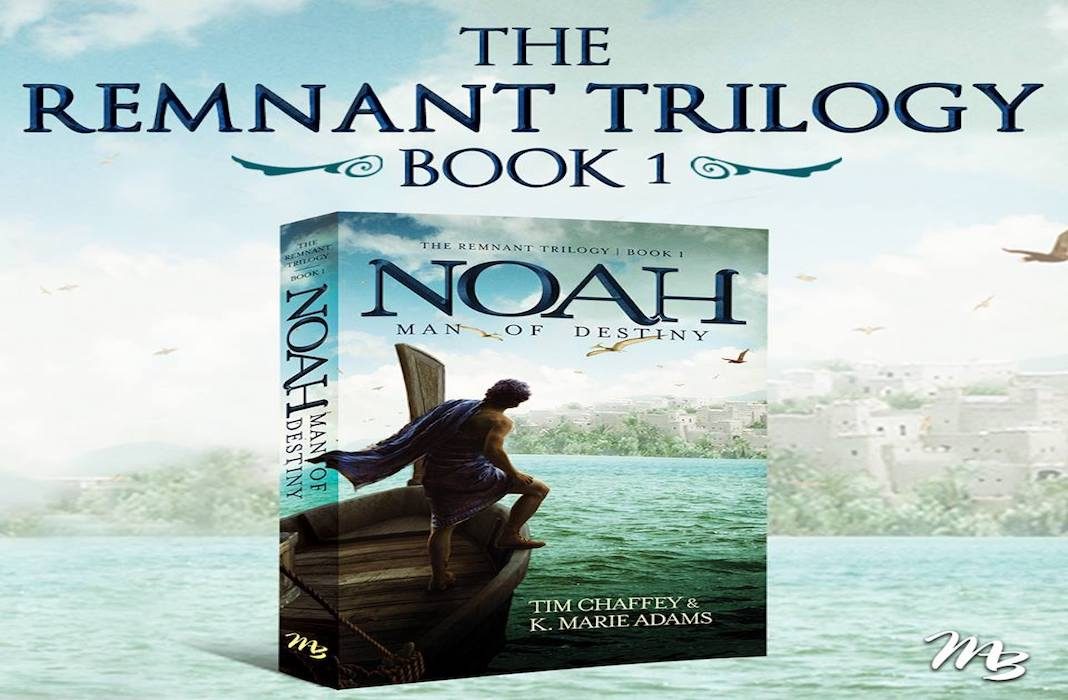 I’m going to take a guess that you’re familiar with the story of Noah: the guy chosen by God to build an ark and survive the worldwide flood. His story is found in the book of Genesis, chapters 5-10; and through it, we learn several things about Noah and his surroundings.

But if you stop and think a bit more deeply, there’s a lot about Noah that we don’t know. What did he experience during his formative early years? Where did he meet his wife? How did he know how to build such a big boat? Did God simply give him the knowledge or did he have prior experience? And what did “wickedness abounding on the earth” really mean? 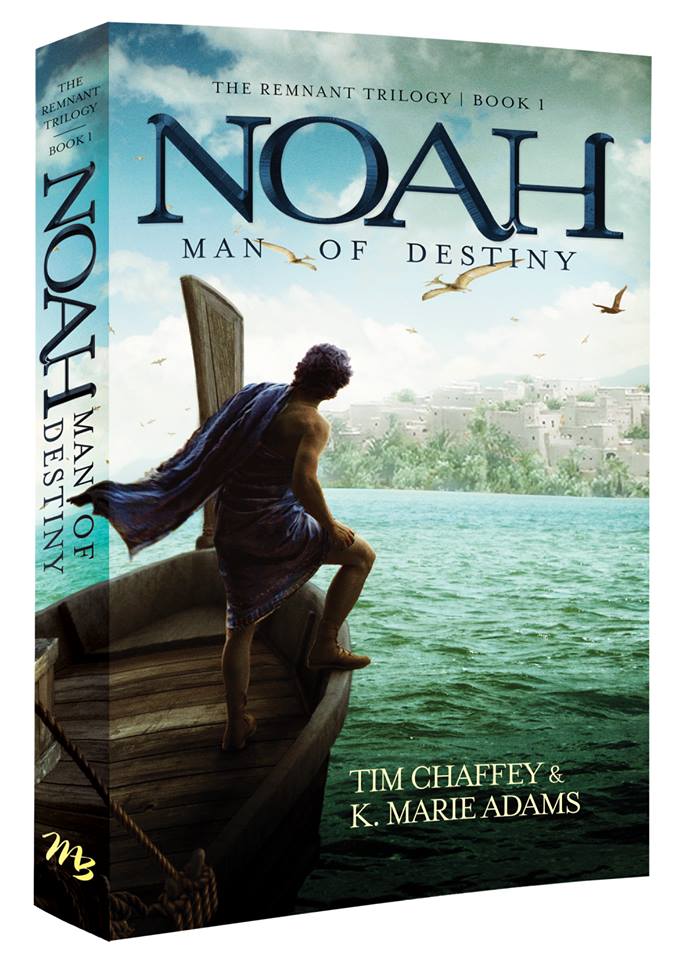 Enter The Remnant Trilogy, a 3 book fictional series following the life of Noah, from his early years all the way to the time of the flood; at least I am assuming the series goes to the time of the flood. I’ve only been able to get my hands on books 1 and 2. (And you could too! More on that at the end of this review.) Book 3 has just been released. Here’s the honest truth: I’m hankering to read it NOW. It’s been a long time since I found myself this interested in a fiction trilogy.

The Life of Noah

Authored by Tim Chaffey & K. Marie Adams, and published by New Leaf Press, Book 1, Noah: Man of Destiny, starts when Noah is still a lad at home. Just on the cusp of his 40th birthday, “the age of adulthood”, Noah is portrayed as a hard working, family focused older brother who is interested in exploring the world, yet also desires to stay respectful and true to his father, Lamech.

While the authors are clear to indicate that this is a fictional series, and all portrayals of Noah’s upbringing, family life, and adult career decisions are not to be considered equal with what is read in the Bible, this is definitely a mind weaving tale that can’t help but cause the reader to think deeply about what young Noah, middle aged Noah, and then the 500 year old Noah may have been like.

Corruption is starting to show its ugly head as Noah: Man of Destiny opens with a scene depicting theft, crime, and the reality that wickedness is growing.

Action ensues at every corner as the young Noah is granted the opportunity to follow his inner passion of working with wood. This lands him a several moon journey away from home seeking an apprenticeship with a distant relative who is a successful shipbuilder.

Familiar Biblical names and locations, including Tubal-Cain, Naamah, Methuselah, and the city of Enoch appear in this story, but what stands out to me more than the familiar Biblical mentions, is the overall picture of a world growing darker and darker in sin…and a man and his family striving to remain on God’s path.. As Noah grows in age and stature, so does his quest to follow the One True God. Situations in this book show Noah’s human side, sparking anger, questioning, and even temptation; but time and time again, the authors depict a man who strives to live for The Creator. 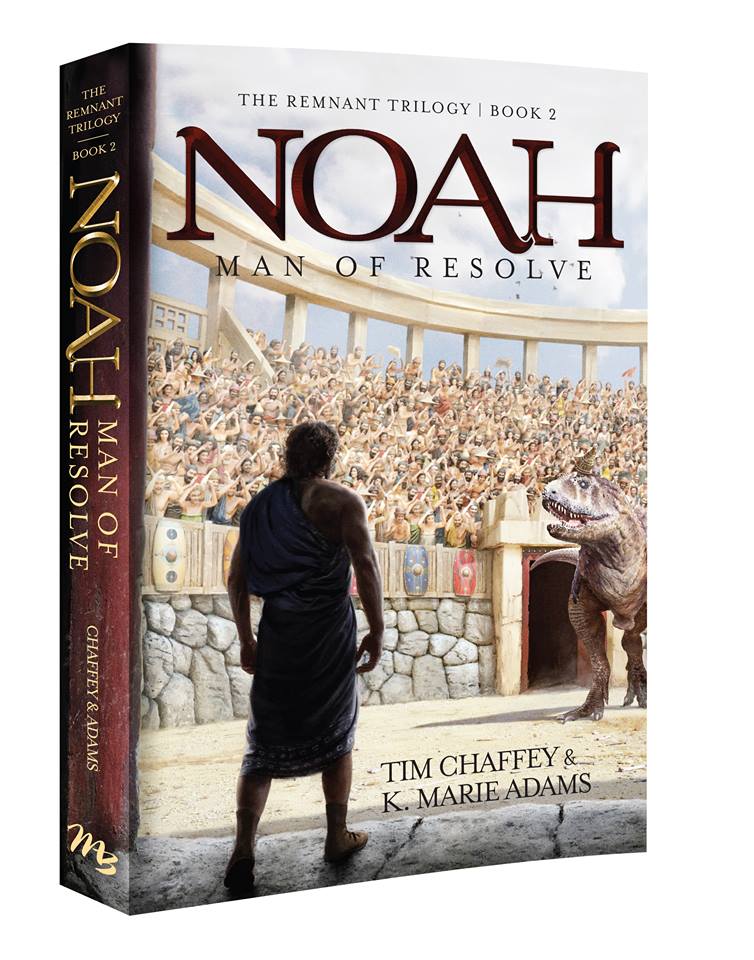 This book caused me to ask myself many questions. Could it be that God placed a passion for woodworking in Noah’s heart early on, knowing such skills would be needed in the years to come? Again, this trilogy is fictional, but it certainly does open up a mental wrestling.

Wrestling about what it was like in pre flood times, but also a realistic look at our world today. The lure to follow a false god isn’t just for Noah’s time, but is a modern problem. While reading, I found myself pondering current worldview and the fall of man: the decline of mankind, his fall into darkness, and the increasing danger for those who chose to remain followers of The Creator. The Bible tells us that sin was rampant in the pre flood times. Sin, sadly, is rampant today as well.

Noah: Man of Destiny, and Noah: Man of Resolve feature action packed, fasting moving chapters that are short, and intriguing. I won’t tell you how late I stayed up one night, as I simply couldn’t set the book aside.

Adventure, romance, moral truths, and plenty of doses of laughter bring these characters and the story line to life. However, the authors continue to remind the readers that these are works of fiction. At the back of each book are three sections: 1) “Answering Questions Raised By the Novel”, a section focusing on what is actually myth and Biblical truth in the story of Noah and the Ark.; 2) “Encounter This”, situations or individuals mentioned in the trilogy that can also be recognized at The Ark Encounter; 3) “Borrowed from the Bible”, indications where examples from other Biblical stories were woven into the storyline of this trilogy.

My advice is to run to New Leaf Press and purchase a copy of these books. I rarely say something like that about works of fiction; but yes, I believe these books are that good.

And finally, don’t forget, this is just a review of books 1 and 2. Get your hands on book 3 and share your thoughts with me!

Note: While no immoral scenes are described in these novels, there are insinuations and some troubling topics, as well as episodes of violence, I recommend these books for mature 16 year olds and older. They will also serve well as discussion points for adults and their older teen-aged children. 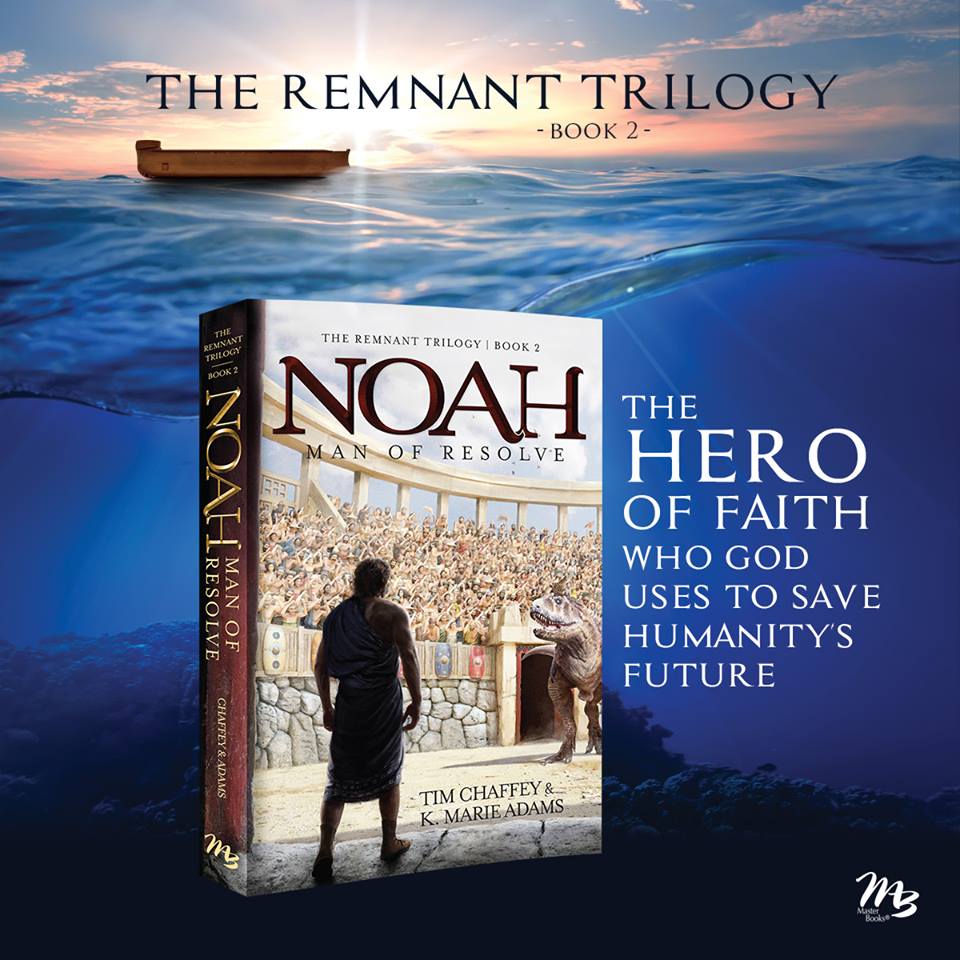 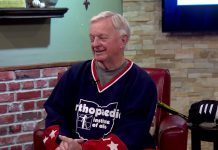 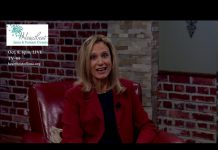 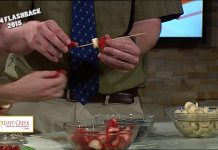 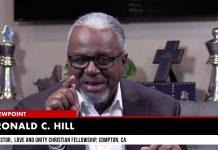 Jennifer Beck - September 8, 2019
0
https://www.youtube.com/watch?v=MmZkFqwCMwI Some new believers think they won't have troubles. How do...
X