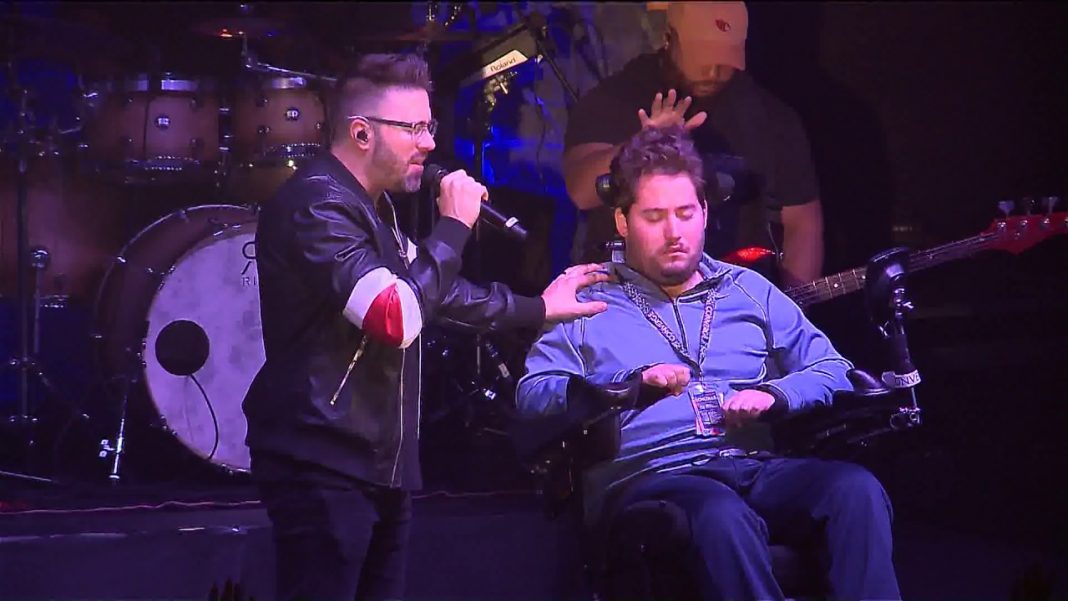 Austin Beggin, an OSU graduate came to hear Christian Artist, Danny Gokey perform at Converge 2018. During intermission, he had the opportunity to meet Danny backstage and naturally had the opportunity to share his story. Danny was so moved, that during the second part of his song set, he made an impromptu decision to invite Austin on stage to share his testimony with the audience.

Austin began sharing that he had just graduated from Ohio State University when he hit a sand bar while vacation in Florida and paralyzed him from the neck down. On a breathing tube and not able to feel anything, he was questioning why this had happened to him. After all, the doctors told him he would never breathe on his own nor walk again. In Spite of his unanswered questions, he believed God had a plan, he believe he was creating a masterpiece through his life. 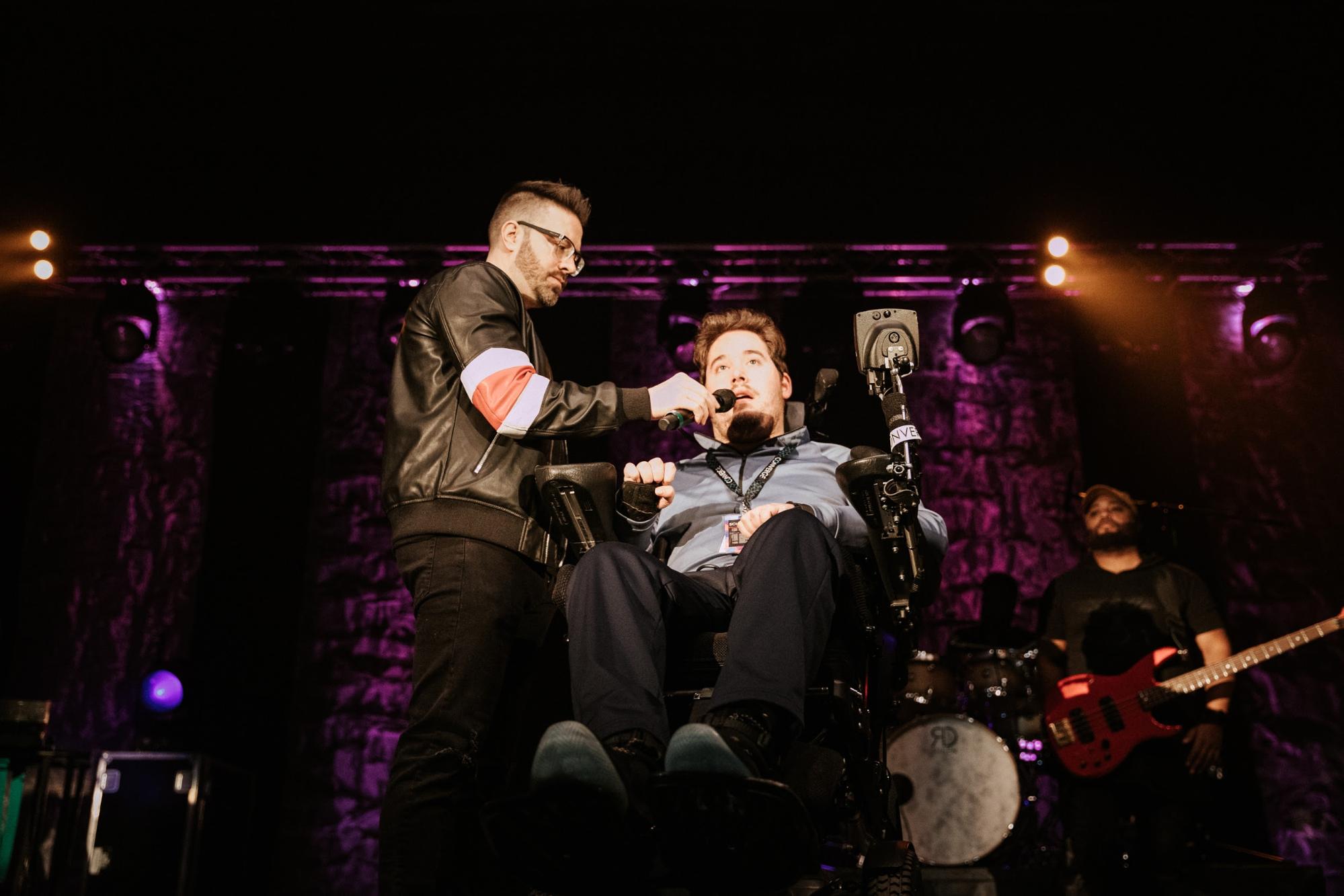 One day, as the nurses did their routine runthrough, he noticed a familiar feeling when they got to his feet. He could feel his toes! His parents rushed in and tested him because they were in disbelief. But the Lord was beginning to heal Austin’s body. 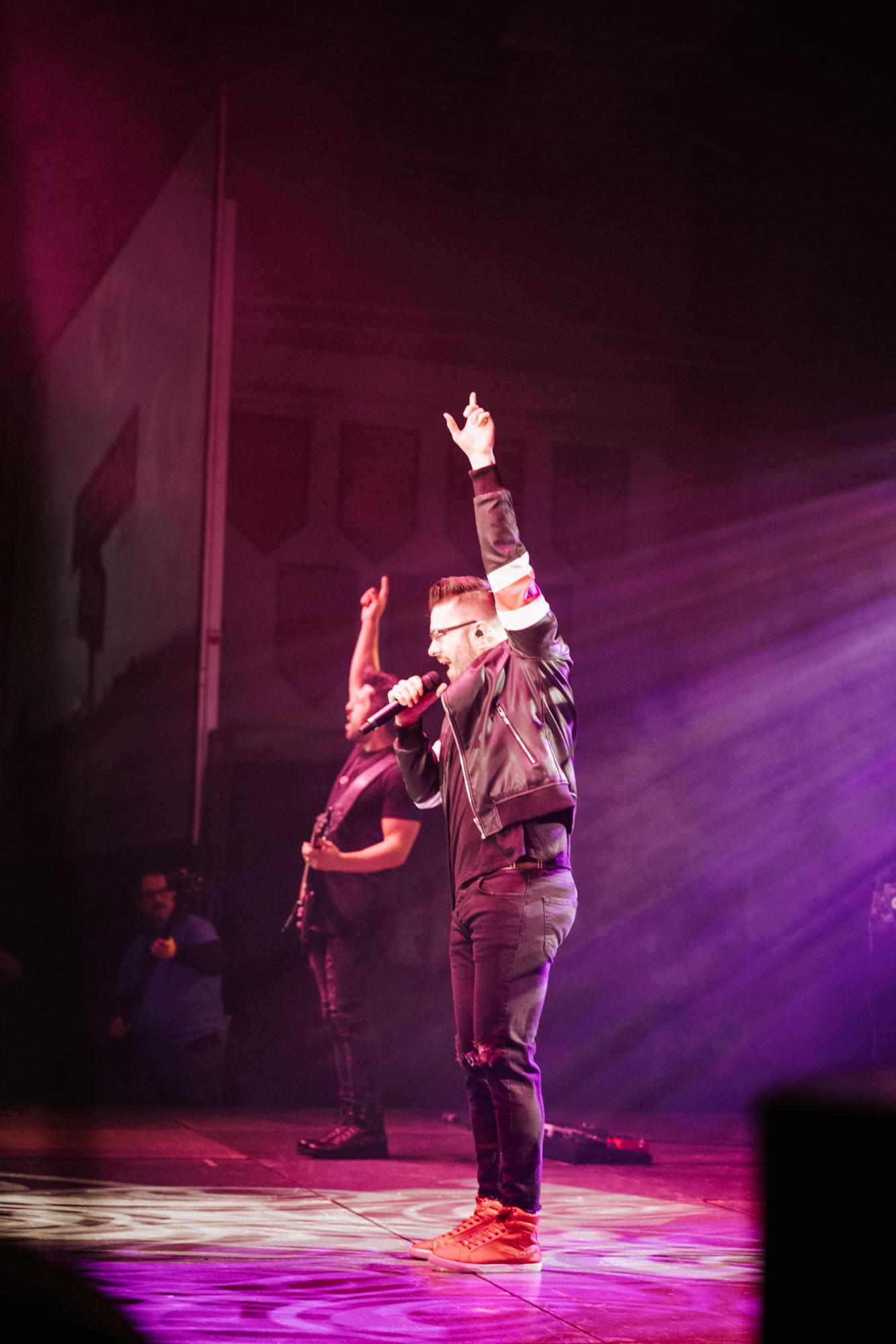 Danny Gokey’s song, “Masterpiece” became Austin’s prayer and promise over his life. As he began journeying through the agonizing pain of rebuilding strength and breathing on his own – another miracle!- he knew God was creating a story only he could get the glory for.

Danny closes this time with Austin by singing the song that wasn’t originally on his setlist, “Masterpiece”, and dedicated it to him. Danny knew this song would continue the faith Austin needed to gain strength and believes with him that one day, Austin will walk again.